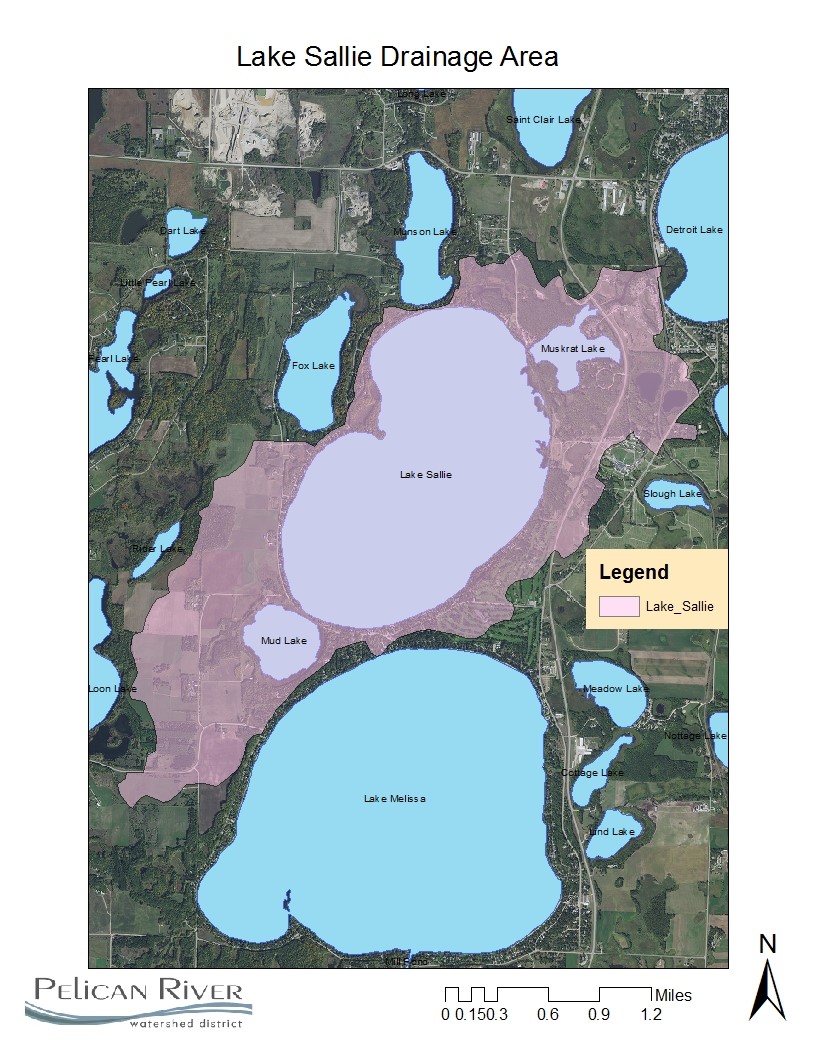 Muskrat is a small lake with 64 of 69 acres classified as littoral (<15 feet deep).  Muskrat lake is located within the Lake Sallie drainage area with the Pelican River flowing through it. The river is navigable from Detroit Lake, which has influenced increased development considerably from what is typically observed on similar lakes in this area. A tram was constructed to allow the movement of watercraft from Muskrat to Lake Sallie, which would otherwise not be possible due to a constructed rapid between the two lakes. The shallow lake is fertile with aquatic plants that grow to the surface in the deepest region of the lake.

A lock and dam system was removed and replaced with a constructed rapid. The primary goal of the barrier removal was to allow for fish passage from Sallie to Muskrat (and Detroit via the Pelican River). The rapid has become a valuable asset for the MN DNR, which has a fisheries facility located in the area. Annual walleye netting is conducted for egg takes, which are grown and released back into area lakes which are not capable of sustaining a high enough rate of natural reproduction. The passage has also aided in the Muskie fishery by allowing the passage between the lakes.

Water quality in Muskrat Lake is variable and highly influenced by the nutrient load from discharge from Detroit Lake via the Pelican River and from St. Clair Lake (impaired for excessive nutrients) via Judicial Ditch 14. The lake is classified as mesotrophic; however, it tends to exhibit some eutrophic tendencies (lake wide algal blooms and dense macrophyte growth) during warmer summer months. It should be noted that beginning in 2018, the City of Detroit Lake began to upgrade the Wastewater Treatment Facility which discharges effluent wastewater into St. Clair Lake. While the water will be low in nutrients, the volume will increase by about 2 million gallons per day, which was previously land applied during summer months. This may increase the nutrient load discharge from the ditched wetland which Ditch 14 flows through.