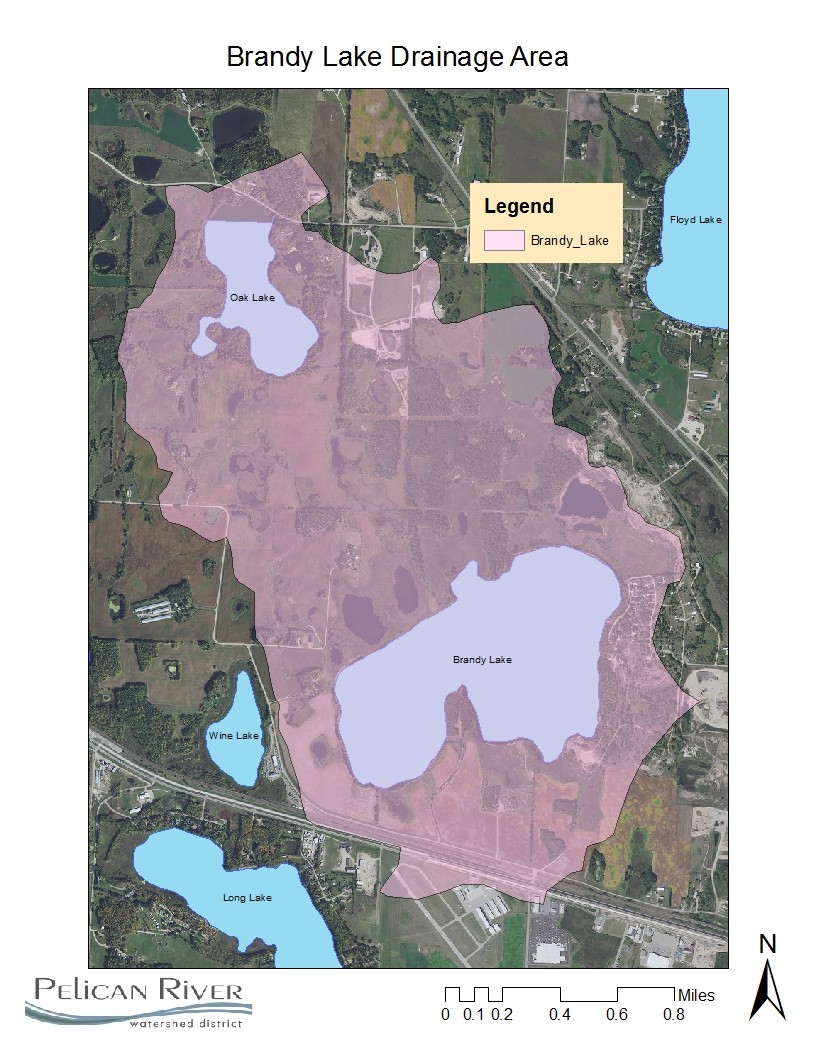 Oak Lake is bordered by two United States Fish and Wildlife properties, the Tessman Waterfowl Production Area (WPA) on the northwest and the Brandy Lake WPA to the south. Most of the west shoreline is natural while the east side has some development by private landowners.

Little is known about Oak lake other than the results of a vegetation survey performed by the MN DNR in 2018. The survey found the majority of the basin was deep (9 to 16 feet), with submersed vegetation found only at points less than 8 feet. The water level was about 2 feet higher than a habitat survey conducted on 8/11/1966, which was supported by a local landowner who indicated water levels had increased in last 50 years, and livestock were previously kept in an area currently flooded, possibly causing internal nutrient loading. There are two secluded bays on the basin where the submersed plants are abundant and the water markedly clearer. Cattails, bur reed, and bulrush are found along the shore in some areas but much of the shoreline is rocky. Many small fish and invertebrates were seen during the survey, especially in the shallow areas.

Oak lake is a borderline eutrophic/hypertrophic lake. The District sampled water quality on the lake for the first time in 2020, with plans to revisit in 2025.