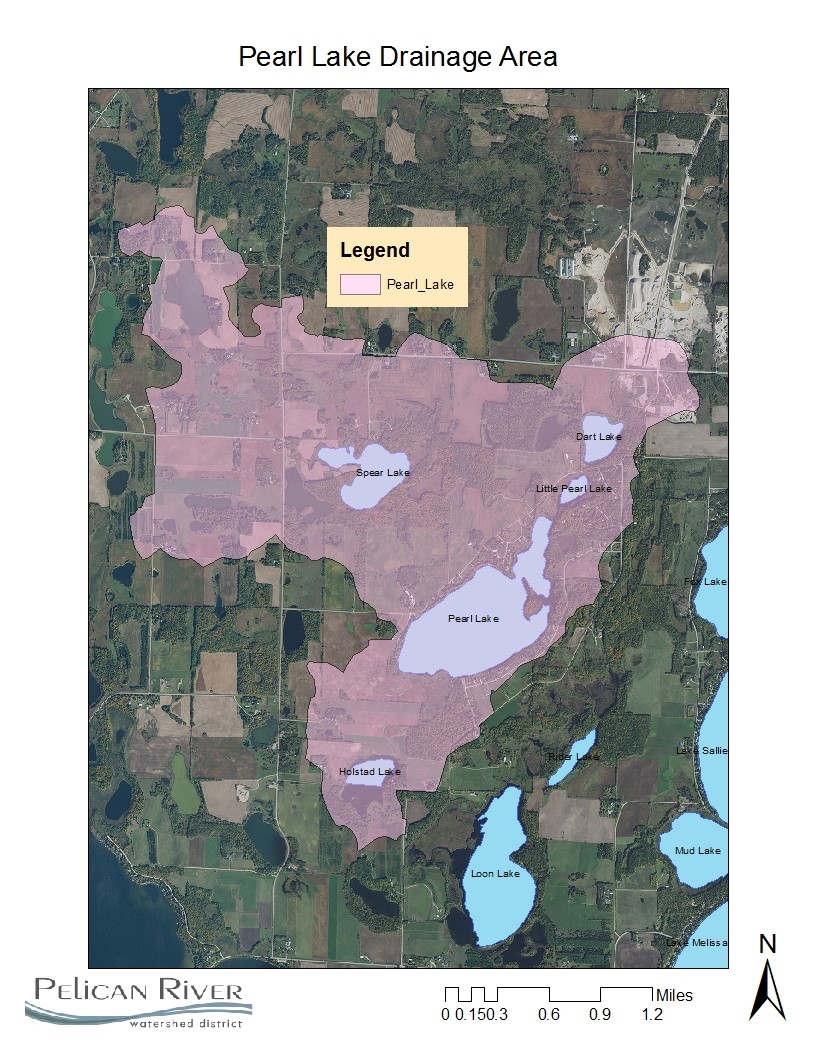 Pearl Lake is located along the western edge of the Pelican River Watershed District boundary. It has a littoral area (<15feet) accounting for 60% (168 acres) of its surface area. The drainage area of Pearl Lake includes several other small lakes and wetlands including Little Pearl, Dart, Bijou, and Holstad Lakes. Other than the lakes within its drainage area, Pearl is poorly connected to any downstream lake or other lakes within the watershed. Historically, Pearl Lake experiences large fluctuations in water levels, with a recorded range of 3.4 feet. A well defined outlet was constructed in the southwest corner of the lake and maintains water levels at  a more constant elevation.

The MN DNR maintains an asphalt public boat access ramp along the southern shoreline, allowing both public and private use of the lake. Curly leaf pondweed was first observed in a 0.20 acre area in 2010. A permit to chemically treat the plant was applied for but was denied by the MN DNR. By 2011, populations were widespread and now are found in all portions of the lake.

Water quality exhibits large year-to-year fluctuations with a 10 year average of 28 ppb phosphorus and clarity of 9.5 feet. A diagnostic study of Pearl Lake was completed in 2012, which determined that the primary source of in-lake phosphorus was from internal loading from nutrient rich sediments. The lake stratifies strongly between 4-6 meters and develops anoxia in the lower layer, further increasing release of phosphorus from lake bottom sediments in to the lower water layer.

There is cultivated cropland on both the east and west sides of the lake that drain via private ditch to Pearl Lake. Study work from 2010 and 2011 show that during dry periods, there is very limited input from those sources to the lake, but during wet periods, a significant amount of sediment loads are observed. Due to the flashy nature of the monitoring locations, annual loads from those sources could not be determined.