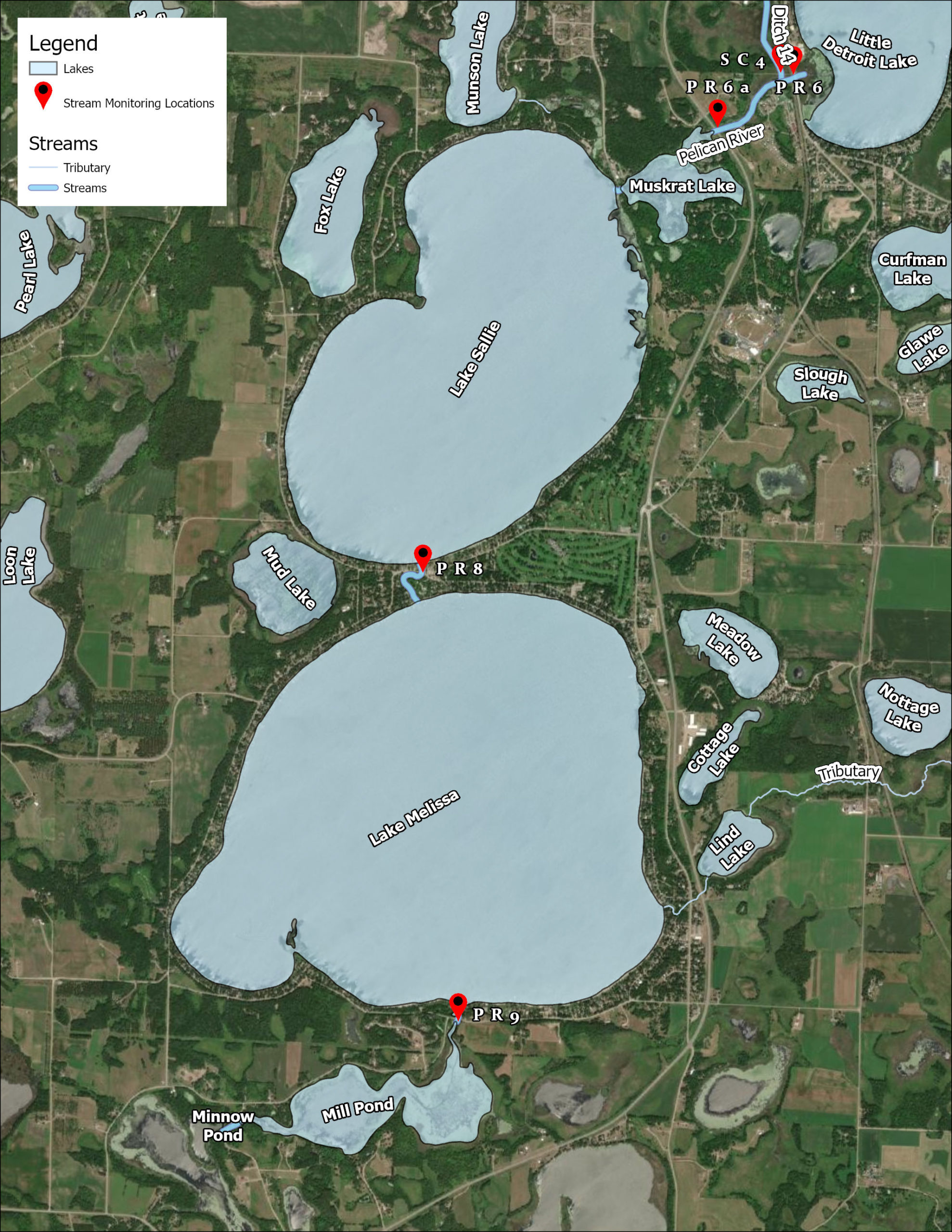 The Pelican River between Detroit, Muskrat, Sallie, Melissa, and Mill Pond has been highly modified for navigational use. in the late 1800’s the Pelican River Slack Water Navigation Company created a series of locks, dams, and dredged channels to allow for passage of steamboats from Detroit Lake to Pelican Lake downstream. These boats carried passengers and freight from the railroad depot on Detroit Lake to multiple resorts on the downstream lakes. Three Locks were built on this system, with two being in the District.

The first was at the northeast corner of Lake Sallie and is called Dunton Lock. (Apparently this may have also been called Richmond Lock.) It connects Lake Sallie to Muskrat Lake on the route to Detroit Lakes. The original lock was of wood with a guillotine gate at the lower end and miter gates at the upper end. The access road from US 59 is called Dunton Lock Road, but this road is now closed and a new park access is from the north. In the 1930s, the lock and parallel spillway were rebuilt by the WPA in concrete. Before 2001 at the Dunton Locks, there were two dams that carried the water of the Pelican River through nearly identical channels. The northern channel was the lock. The lock had vertical gates at each end, but these were gradually dismantled in the late 1940s. At the west end of this channel was a concrete bridge that blocked the use as a lock. Work was done at this site by the WPA in 1937. The drop was 5’11”. In 2001, the lock was torn out and replaced by a rock-rapids to increase connectivity and fish passage between Lake Sallie and upstream waters.

The second lock, Kingsbury Lock, was built in 1907 – 1908. This lock was located between Mill Pond and adjacent Buck Lake, where the drop is about 12 feet. This dam was also rebuilt by the WPA. The dam remains in use and the lower end of the concrete lock survives. The Minnesota utilizes Mill Pond as a water source for its adjacent fish rearing pond.

The third lock would be Johnson Lock on Little Pelican Lake, beyond the bounds of the Pelican River Watershed District.

DNR Streams
Get information on streams and rivers in Minnesota here.

For surveys and studies on the Pelican River, see the Resource Library.