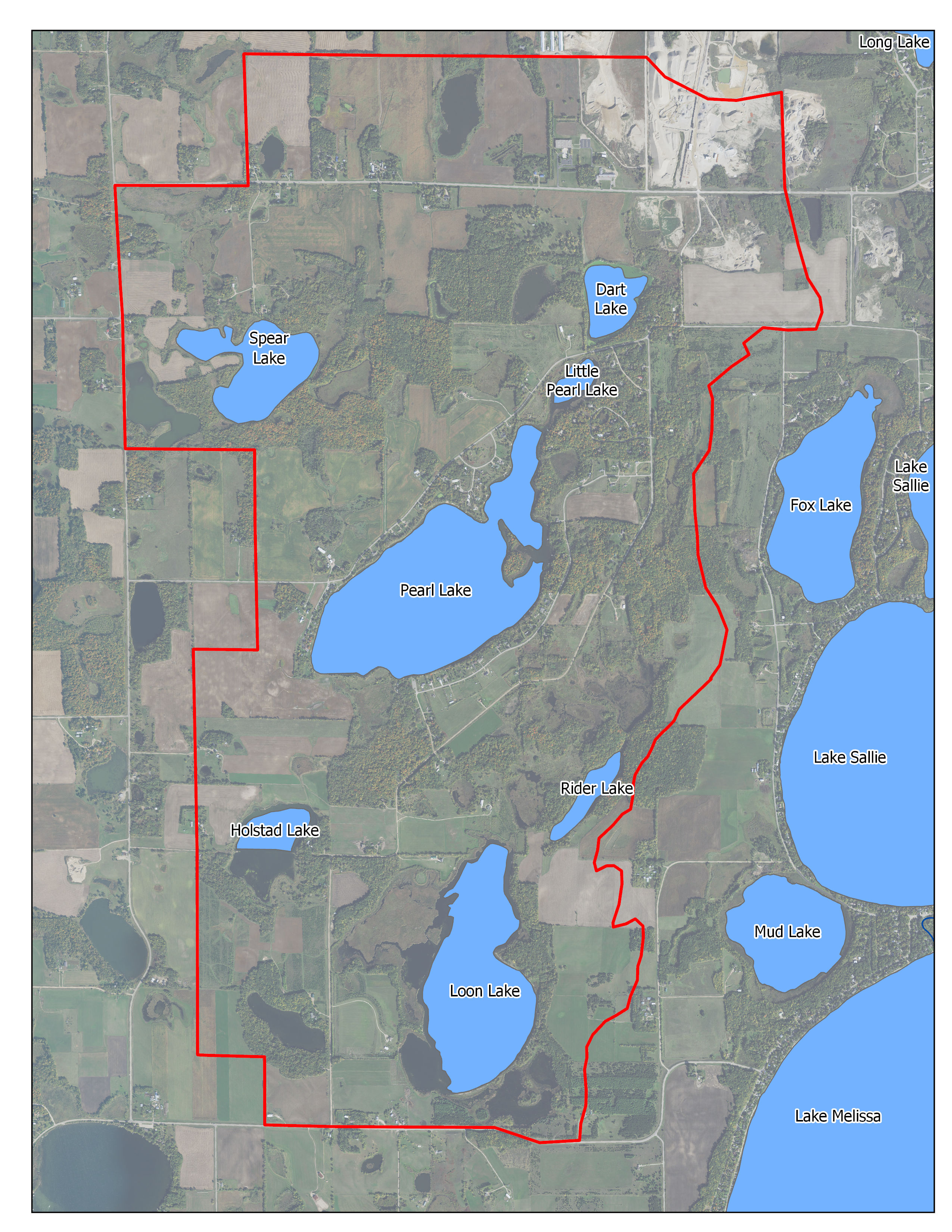 The Pearl-Loon WMA is about 5,400 acres and contains Pearl and Loon Lakes as well as several smaller lakes called Spear, Rider, Holstad, and Dart. All these lakes are relatively small and shallow waterbodies in the western edge of the District, and all depend primarily upon groundwater. Most land in this WMA is used for agricultural purposes, although there are also numerous wetlands. Development may occur in this WMA at some point. Though essentially rural in character, the land surrounding Pearl Lake is almost completely platted for residential development.

Water quality data has only been collected for the two main lakes in this WMA, Pearl and Loon. The District began to collect water quality data on Pearl Lake in 1998. Data from the lake has been difficult to interpret, however. Pearl exhibits relatively clear conditions, but phosphorus and chlorophyll-a levels are much higher than would be expected, given the lake’s clarity. To help make sense of the data, an MPCA Clean Water Partnership diagnostic study was completed on Pearl Lake in 2012. The study noted large year-to-year water quality and water level fluctuations and concluded that the primary source of nutrients is lake sediments. Agricultural runoff and shoreline alteration also contribute to nutrient load. Curly-leaf pondweed, an invasive species that has also been known to contribute to poor water quality, has also spread to most of Pearl Lake since about 2010, when it was discovered. Loon Lake was sampled 2006 through 2008, and this demonstrated good water quality for a shallow lake. No data has been collected on Spear, Rider, or any of the other smaller lakes.